Honouring a hero: Burnaby RCMP thanks the public for patience during processions for Cst. Shaelyn Yang

Burnaby RCMP would like to thank the public for their understanding as processions for fallen officer Cst. Shaelyn Yang continue.

While efforts are made to mitigate traffic issues to the general public, two upcoming first responder processions may cause delays for drivers.

On Thursday, October 20 at 7:00 p.m., an escort of first responder vehicles will leave Burnaby Hospital and proceed to Surrey. This escort will be followed by one more procession on Friday, October 21 at 2:00 p.m., from Surrey to Richmond.

We thank the public for their patience during these times. Routes are not being made public in an effort to reduce traffic impacts. 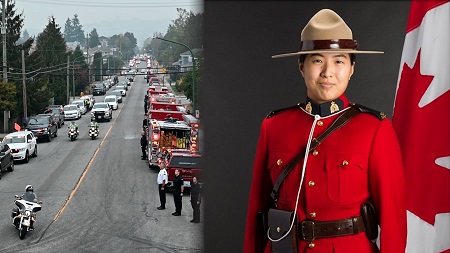 Burnaby RCMP would like to thank those who have reached out to express condolences and show support since Cst. Yang’s tragic death.

Those wishing to pay respects online can send condolences by email to RCMP.Condolences-Condoleances.GRC@rcmp-grc.gc.ca.

Books of condolence are also available for the public to sign in person at Burnaby RCMP’s main detachment (6355 Deer Lake Avenue, Burnaby) and Community Police Offices. List of locations. 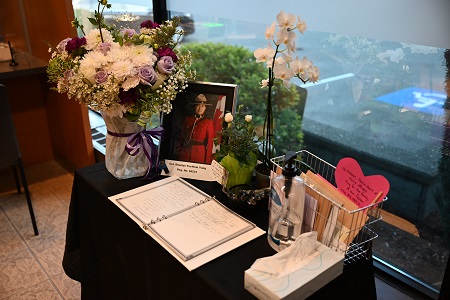 As we grieve this tragic loss and focus on supporting our staff and Cst. Yang’s family and loved ones, we take strength from the support from our community, said Burnaby RCMP Officer In Charge, Chief Supt. Graham de le Gorgendiere. Thank you for helping us honour Cst. Yang’s life, service, and contribution to our community. 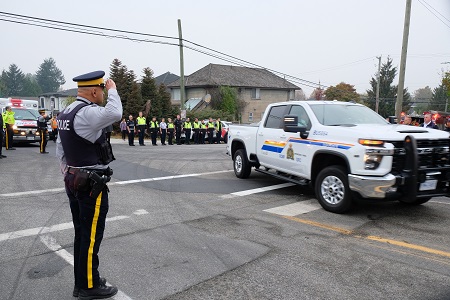