As the public and hundreds of police officers from across the province gather on Sunday, September 25 for the BC Law Enforcement Memorial in Victoria to remember those lost in the line of duty, several staff members from Burnaby RCMP will also be remembering and honouring their own loved ones and colleagues lost to tragedy.

On September 11, on a sunny morning at Depot Division in Regina, Saskatchewan, three current Burnaby RCMP staff members affected by recent losses were able to take part in the RCMP National Memorial Service, the RCMP’s largest and most visible act of remembrance.

The ceremony brings together family and friends of those who have lost loved ones in the line of duty along with RCMP members from across the country, who take part in a memorial parade.

During the ceremony, the names of the 246 fallen members lost since the creation of the North-West Mounted Police in 1873 were read aloud over the parade square, ensuring their memories are never forgotten.

This event includes tradition, ceremony and protocol, as we pay our respects and honour those we have lost, said Staff Sgt. Major David Douangchanh, who assisted in bringing the Burnaby RCMP contingent to Regina for the ceremony, which had been held virtually for the past two years due to COVID-19.

It’s also a way for the RCMP to honour the families of the fallen, and to show them that we will never forget the sacrifices their loved ones have made. We will always remember what they have done for us in Canada, Douangchanh added.

This year it was very important to include our Burnaby RCMP staff members with close connections to those we have lost, so they can feel the support they have from across the country, and from their RCMP family. It also allows them to meet other families that have also suffered loss. 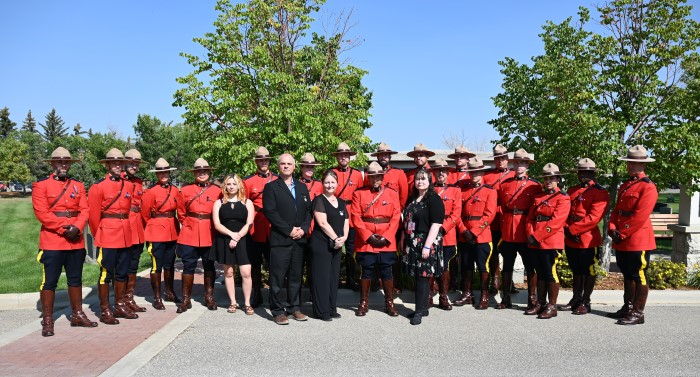 For Burnaby RCMP civilian employee Katina Stachura, an Insurance and Disclosure Clerk who has worked for the Burnaby RCMP for the past ten years, the ceremony was a step forward in healing after tragically losing her cousin, Cst. Shelby Patton.

He had a lot of integrity and compassion. He was kind, loving, and considerate, Stachura said. It was special for me to walk through Depot Division, along the same streets where he once walked as a recruit.

On June 12, 2021, Stachura’s family was forever changed when Cst. Patton, was struck and killed by a suspect driving a stolen vehicle in Wolseley, Saskatchewan.

For Stachura, attending the national ceremony allowed her to grieve with her close family members, as well as Patton’s beloved troop mates.

Being at the memorial meant a lot to me. Being with my family and seeing the ceremony and recognition for my cousin allowed us to feel connected to each other and connected to Shelby, Stachura said. Learning his stories and also getting to know the people who also shared in his life was amazing.

During the memorial weekend, Stachura was also able to visit Cst. Shelby Patton Memorial Park in Indian Head, Saskatchewan, which was created in her cousin’s honour.

I know his passing and his life won’t be forgotten and his name will carry on. He will always be honoured and remembered, Stachura said. 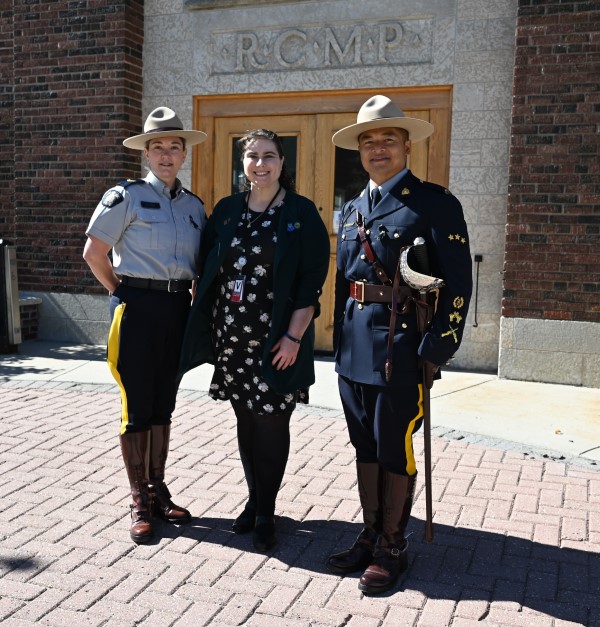 Standing in Red Serge in Sleigh Square during the ceremony and hearing the name of his troop mate, Cst. Shelby Patton, called as one of the fallen was an emotional moment for Burnaby RCMP Cst. Derek Bay.

Losing a troop mate and someone I felt close to has been painful, but I think we did Shelby proud by being there, Bay said. The loss of Shelby has been hard to accept, but this was a tremendous way to honour him.

Bay, who now works with Burnaby RCMP’s Serious Crimes Unit, spent six months as a recruit training with Patton at Depot Division, growing a strong bond as a troop. Many of Patton’s troop mates from across the country were also able to attend the memorial, spending time with each other and supporting Patton’s family, including Stachura, through several events over the weekend.

Talking to his family and feeling their pain with them. Talking through it. Sharing stories, tears, some laughs. It helped us as a troop in gaining some closure, Bay said of his experience. 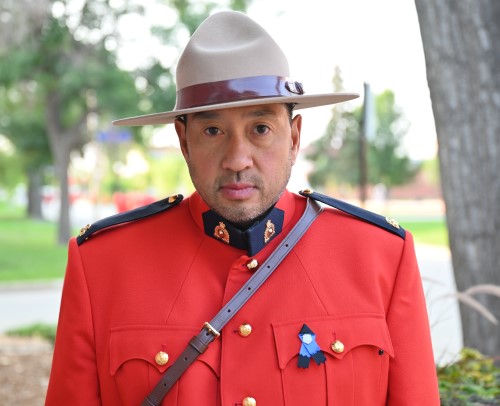 For Burnaby RCMP Cpl. Laura Hirst, attending the National Memorial and returning to Depot Division for the first time in 18 years was a powerful experience.

Just being able to be part of a larger goodbye and tribute was meaningful for me, Hirst said. It helped alleviate some of that heaviness that grief can give you.

In 2020, Hirst’s cousin-in-law, Lisa McCully was killed in the Nova Scotia mass shooting that claimed 22 lives, including that of RCMP Cst. Heidi Stevenson.

Due to COVID-19, Hirst was unable to attend a memorial for McCully in Nova Scotia after her death.

Attending the National Memorial allowed Hirst to mourn her loss with others, and connect with RCMP members from her home province of Nova Scotia, who continue to grieve.

Being able to see people face to face, to hear their stories and about their journey gave me a feeling of connectedness. We had a moment to reflect and be silent. There was some closure in being able to be together and being part of a farewell, Hirst said. For me, I felt a bit lighter when I was heading home. 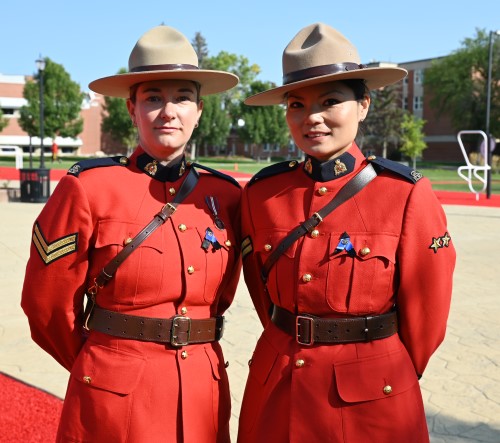 On the minds of all Burnaby RCMP staff in attendance was Cst. Terry, Tomfohr, who died on duty in Burnaby on June 3, 1967. A monument to Tomfohr stands outside the Burnaby RCMP detachment, in recognition of his service and sacrifice.

He is recognized each and every year with a ceremony in Burnaby and at the National Memorial. Despite him not having family here to attend and be present, his legacy lives on, said Staff Sgt. Major Douangchanh. 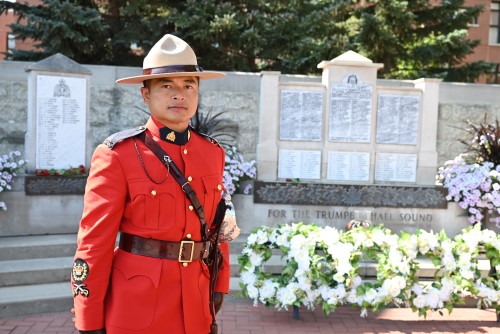 Also in attendance was Staff Sgt. Major John A. Buis (Ret), who retired from the RCMP last year after 45 years of service, including many spent in Burnaby. Buis served as the Honorary Aide de Camp for the Lieutenant Governor of Saskatchewan, Russell Mirasty, who is his former troop mate. Both men were also remembering their fallen troop mates Cst. Michael Buday, who died in the line of duty in Northern B.C. in 1985 and Cst. Chris Riglar who died in the line of duty near Victoria in 1991.

The 2022 ceremony, also paid honour to Her Majesty Queen Elizabeth II, the Commissioner-in-Chief of the Royal Canadian Mounted Police, who passed away just days earlier.

Burnaby RCMP Staff Sgt. Major Douangchanh had the honour of carrying the guidon, which embodies the honour and sacrifice made by all members of the RCMP. During the ceremony, the guidon was draped in black to honour Queen Elizabeth II.

This year was especially unique. We not only had the opportunity to honour and pay homage to the fallen, and to support our colleagues, but to also pay our respects to the Queen, Douanghchanh said.

It was a very powerful thing to be part of.