Stolen cell phone investigation leads to seizure of $20,000-$30,000 worth of stolen luxury items

On January 7, 2022, Burnaby RCMP’s CRT responded to a business at Metrotown reporting the theft of numerous cell phones.

The investigation led to the identification of a suspect with significant property crime history.

On February 9, 2022, officers executed a warrant at the suspect’s residence. Once inside the residence, along with the stolen cell phones, officers located and seized a plethora of suspected stolen luxury goods.

Police seized nearly a hundred items from the residence including jewelry and high-end clothes and electronics.

Articles still in their original packaging from Apple, Hermes and Louis Vuitton were among the items seized. 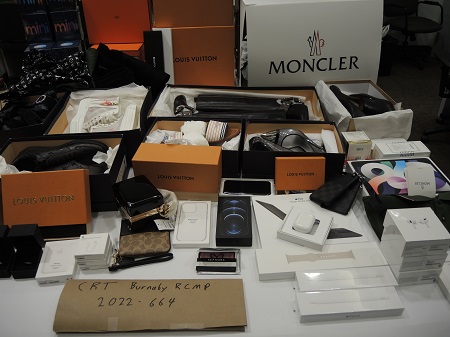 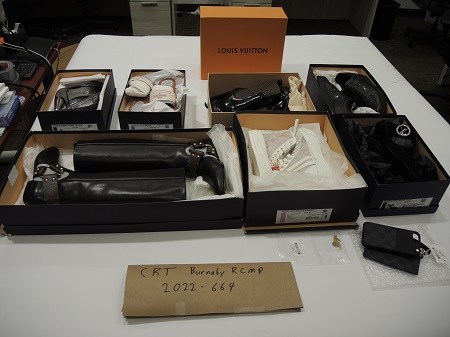 The investigation is ongoing.

A number of items have been confirmed stolen out of other Lower Mainland jurisdictions, said Corporal Mike Kalanj with the Burnaby RCMP. We continue to work with our policing partners to determine where these items were stolen from in order to further our investigation.