Do you recognize this suspect? Burnaby RCMP looking to identify man in connection with bear spray incident

The Burnaby RCMP is asking for public assistance in identifying a suspect wanted in connection with a bear spray incident at a Burnaby business.

On January 24, an employee from a business approached a driver and vehicle near their workplace that they believed to be suspicious. After a short confrontation, the suspect entered the employee’s store on Randolph Avenue near Kingsway, bear spraying two people before leaving the area.

Both victims required medical attention but were not seriously injured.

The suspect was driving a Honda Pilot that was later determined to be stolen.

This was a troubling attack. Burnaby RCMP has taken a number of steps in an attempt to identify the suspect, but we are now turning to the public for assistance, said Cpl. Mike Kalanj with the Burnaby RCMP.

Please take a look at this suspect. If you recognize him, please contact our investigators, Kalanj said.

The suspect was wearing a high-visibility orange jacket with a hood at the time of the incident. 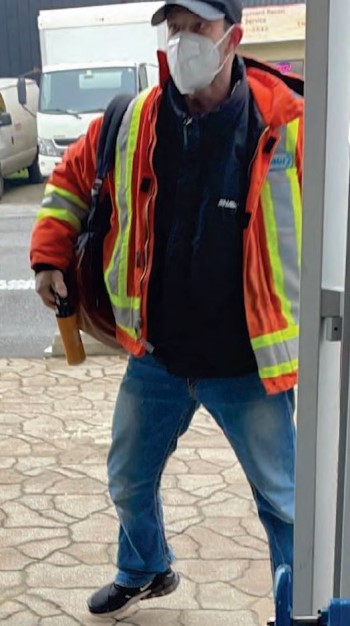