Today, Chief Superintendent Deanne Burleigh, Officer in Charge of the Burnaby RCMP Detachment, announced her planned retirement from the Force after over 35 years of service. 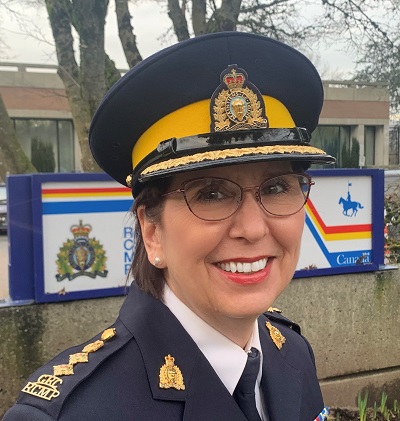 On August 23, 1985, Deanne Burleigh joined the RCMP and after completing her training in Regina, was posted to Ottawa and Montreal where she worked as an investigator in Commercial Crime, Anti-Corruption, Proceeds of Crime and General Investigation sections.

In 1995, Burleigh transferred to the Richmond RCMP where she worked as a frontline, General Duty officer.

In 2000, Burleigh transferred to BC RCMP’s Commercial Crime unit and was promoted to the rank of Sergeant and Staff Sergeant.

In 2008, Burleigh was commissioned to the rank of Inspector and became Richmond RCMP’s Operations Officers.

In 2010, Burleigh was responsible for planning the Live Site Security for the Olympics within the City of Richmond and also assumed Bronze Command for the Richmond Olympic Oval.

In 2012 she was transferred to BC RCMP headquarters as the Officer in Charge of the Integrated Health and Resource Management Team.

In 2013, Burleigh was promoted to the rank of Superintendent and appointed the Officer in Charge of the Upper Fraser Valley RCMP Detachment.

This morning, in a private ceremony, members of the Burnaby RCMP honoured C/Supt. Burleigh with a parade of police vehicles as she signed off the police radio for the last time. Officers and employees of the detachment

When asked, many police officers will tell you they joined the RCMP to make a real difference: for our diverse communities, for our families, and for those of us who are the most vulnerable, Thirty-five years ago, I joined the RCMP for these reasons without knowing that my path would end here, in Burnaby. This month, after 3 years as the Officer in Charge of the Burnaby RCMP Detachment, I will be retiring from policing with great optimism: for the new leadership, for the officers and employees, and for the residents of this great city. I leave knowing that the employees of the Burnaby RCMP Detachment are a diverse group of motivated, dedicated and compassionate individuals who work tirelessly to make that real difference in Burnaby. It has been my greatest privilege to work amongst them and to serve you. Thank you and farewell. - C/Supt. Deanne Burleigh 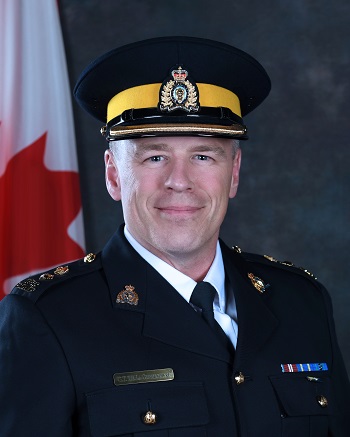