On October 21st, 2020, at 6:45 p.m., while conducting patrols in the area of the 5800-block of Olive Avenue, Burnaby RCMP Drug Section officers noted a vehicle approaching and quickly determined the license plate was stolen. Officers attempted to stop the vehicle with emergency equipment and blocked the vehicle in. After colliding with a police vehicle while trying to escape, the driver eventually listened to police commands and was taken into custody.

Including weapons, drug trafficking, identification possession and several condition breaches, the suspect is facing up to fifteen charges. 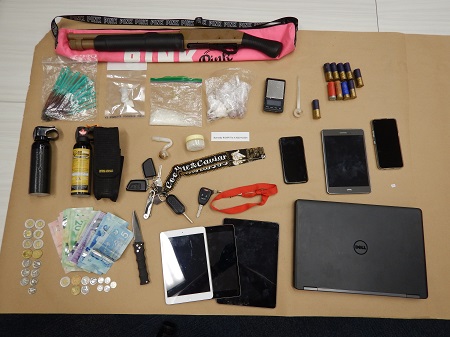 This is a great example of the work being done by our Drug Section in disrupting the supply of dangerous drugs to our City, says Inspector Matt Toews, Officer-in-Charge of Burnaby RCMP’s Investigative Services. Our officers used their experience to ensure that this person was safely taken into custody and the loaded firearm is now off our streets.

At the time, police seized cannabis, suspected methamphetamine, an imitation firearm, two prohibited switchblade knives, a digital scale and over $1,400. 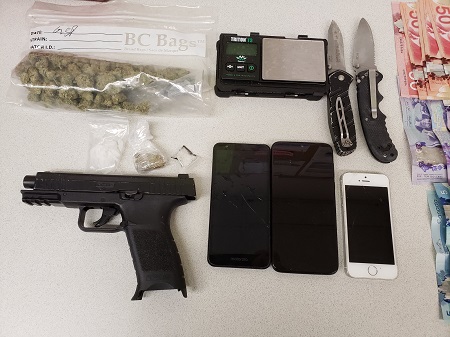