Merritt, B.C. Southeast District, This Is What We Do

Cst. David Feller of the Merritt RCMP has been working double-duty to reunite pets with families displaced by floods. In between patrols and answering calls for service, Cst. Feller has been Merritt’s very own Pet Detective, saving pets from homes in evacuated areas.

On November 15, 2021, the City of Merritt and surrounding areas were devastated by the flooding of the Coldwater river. The City of Merritt issued an evacuation order for the entire city. Since then, Cst. Feller has been busy rescuing birds, cats, lizards and hamsters from town as some home owners were unable pack their animals in the rush of evacuations.

Cst. Feller reached out to residents through his own social media account and provided his personal contact information for anyone whose animals needed help. Merritt detachment has received generous donations of animal food and supplies from local businesses to allow Cst. Feller to keep saving more pets.

Sgt. Josh Roda, Media Relations Officer says Dave has been an amazing support to the community as we work through the floods. We are lucky to have him as a part of our close-knit team.

Anyone requiring help for their animals or for questions about the evacuation order are encouraged to call Merritt RCMP at 250-378-4262. 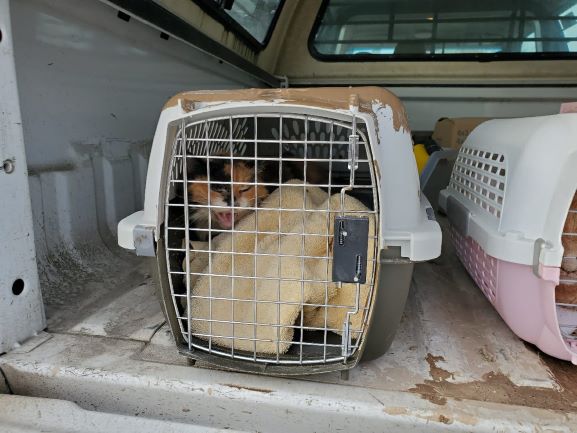