Experienced Police Officers troop graduate and head to assignments across BC 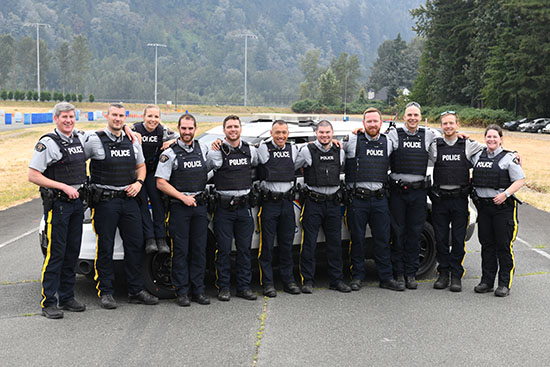 As these officers already bring with them a wealth of knowledge and skill, they attended a modified three-week troop, for orientation to the RCMP. The training took place at the Pacific Region Training Centre in Chilliwack and included courses in RCMP interviewing techniques, policy and procedures and tactical training. The officers will be reporting to their first posting this week.

Graduates of the 2022 EPO Troop are assigned to:

We are honored to have these officers join the RCMP and wish them success in the next chapter of their policing careers.

Are you meant to be Mountie? If you are looking for more opportunity and career advancement, reach out to Ediv_EPOprogram@rcmp-grc.gc.ca or 778-290-3430 for more information.