Update on Lucy the Yorkie 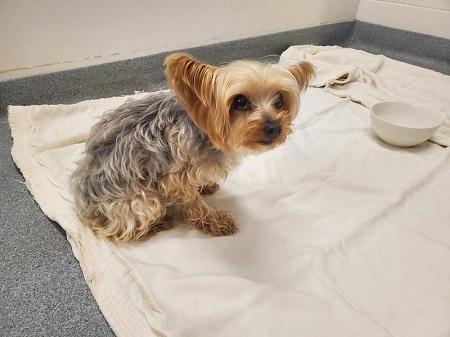 You may remember that two weeks ago Burnaby RCMP asked for the public's help identifying two men who were persons of interest in the alleged theft of Lucy the Yorkshire Terrier. On August 10, Lucy went missing from her home in the 6000-block of Berwick Street. Surveillance video showed two men entering the yard of the home, chasing Lucy around the yard before capturing her.

Police have identified and spoken to both men of interest from the video released on August 12. After a thorough investigation, it has been determined that there was no criminality involved in this incident. The men have stated that they saw Lucy running around and were concerned about the potential for Lucy to run into traffic. After safely capturing Lucy the men stated that they drove around the area in an attempt to locate Lucy's owners. Lucy then ran from the men when they stopped their vehicle to give her some water, was located by a member of the public and taken to Burnaby RCMP detachment.

Lucy’s owners have been updated and are happy with the outcome of the investigation and that Lucy is safe at home.